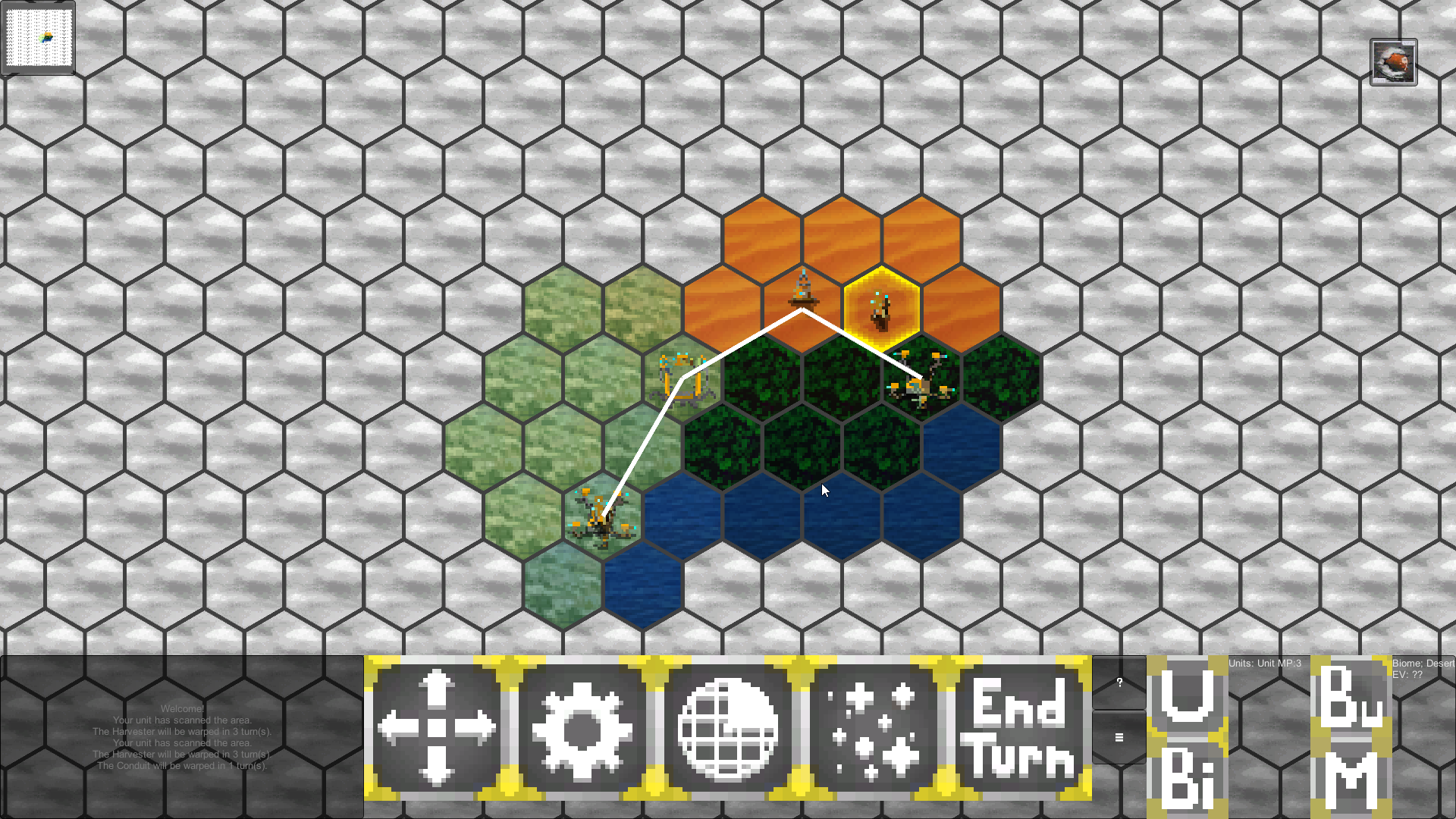 4x is an unpolished strategy game reminiscent of Civilization and Creeper World. Built by Nick Care, Azrea Amis, Robert Tomcik, and Kirk Pearson, it was developed under a strict deadline between February 10th and March 16th of 2016.

It was the first game the group made together (see the second) and does not present an entirely coherent or bug-free experience. It also eschews almost all in-game instruction, so I’ve included the instruction manual below. 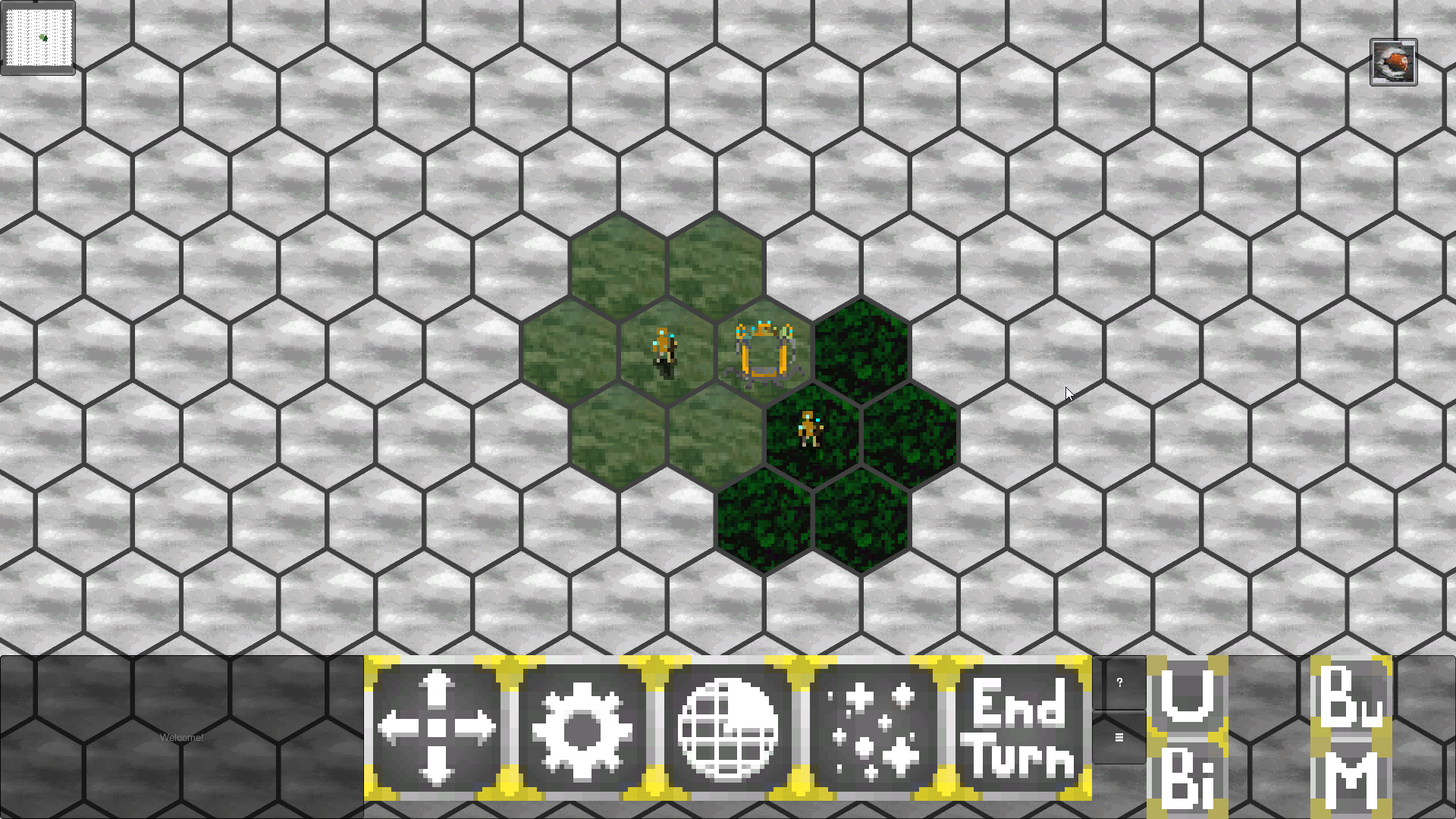 You have been assigned the task of making a new planets surface habitable for humans. Harvest energy from nodes to warp in buildings and create a spanning energy network. The goal of the game is to get 6 warp gates. This will create a large energy burst that rids the surface of the planet of any dangers.

A quickly spreading, unknown alien life form that destroys buildings and kills units. It can be cleared away by using units’ purify action and by building purifiers.

Because units have 4 actions, they can move towards Miasma, purify, then move back to safety each turn. However, when stationary, units can purify twice per turn, making a significant dent in the surrounding corruption. Use this for defensive formations only, as it places the unit at significant risk.

Drop pods are scattered around the planet, and contain more units or sensor equipment that scans the surrounding area. Move a unit over one to open it up.

You win when you have eradicated your enemy (manually or with the burst of energy from 6 warp gates). You lose when you have no more buildings or units left. You can only win or lose at the end of a turn.